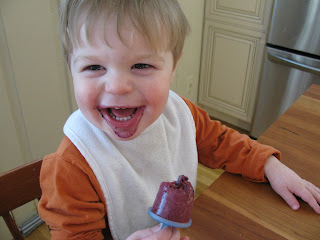 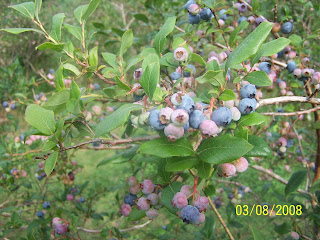 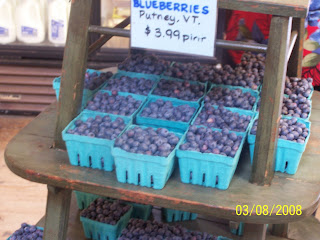 The blueberry season is in full swing, and with all the rain we’ve had recently it has made for a bumper crop. The blueberries are fat, tart and sweet in their indigo skins, and the plants are loaded with berries. So if you haven’t already picked some up at your farmers’ market, look to “pick your own” opportunities at area vegetable farms. It doesn’t take long to fill a pail or two, and, of course, quite a few end up going right down the old gullet.

I don’t know how well known is the fact that blueberries are actually not just good to eat, but they are genuinely good for you. They are known as one of the “super-fruits,” filled with antioxidants, rich in nutrients, and having cancer fighting properties. Scientists have determined that blueberry consumption can have beneficial effects on cholesterol levels, cognitive decline as occurs in Alzheimer’s disease, hypertension and heart disease. So they should be eaten not just for their taste, but also for their health benefits.

Native to North America, blueberries are a member of the genus Vaccinum, Sect. Cyancoccus. They are shrubs, either what are known as “low bush” or wild blueberries, or “high bush” which are the cultivated varieties. The wild blueberries are much smaller in size than the high bush types, and are sought out by connoisseurs for their natural sweetness and intense color. The blueberry is related to the huckleberry, the bilberry, the cowberry and the New England cranberry. They all produce what is known as a “false berry,” an accessory fruit which contains an inferior ovary. The blueberries have a flared crown at their top, and they turn from pale green to reddish-purple to their characteristic deep blue when ripe.

Interesting is the fact that wild blueberries are a fire tolerant bush that actually benefits from a periodic burning as it regenerates quickly and does better when competing vegetation is removed. While there are truly wild blueberries, the term “wild” has been adopted as a marketing term for blueberry producers who manage low bush blueberry farms. Usually the plants are not planted or genetically manipulated, but they are pruned or burned periodically and pests are controlled. Maine is the leading state for low bush blueberries and many communities have blueberry festivals that rival Maine’s other most famous food product, the lobster. 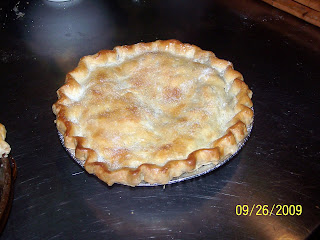 What we have in our garden, and what you find at most farm stands, are the high bush blueberries, of which there a number of varieties, each with its own distinct color and flavor. These berries are in season from mid-July through until late August to early September. Blueberries freeze very well and they are sold as individually quick frozen (IQF) by processors. Of course, they are made into a variety of products from jams and jellies to muffins, pancakes and cereals, and they are sold as puree or as juice.

My grandson, Myles Thomas Nolan, age 1+, is a big fan of frozen fruit pops made with blueberries. Here’s how his mother, Chelsea, prepares them:

This recipe takes 10 minutes to make 4 5 oz. pops, although they take several hours in the freezer before they are frozen enough to eat.

Process the blueberries and the rest of the ingredients in a blender until smooth, or leave them somewhat chunky, if you like. Divide evenly amongst 4 5 oz. paper or plastic drink cups. Place in the freezer, and after an hour insert a stick into the center of each one. Freeze until completely frozen, a couple of hours or overnight. After removing from the freezer, let stand at room temperature a few minutes before removing the cup and serving immediately.

Chelsea also makes this Blueberry Buckle, which is a form of cobbler, on which more later. This recipe serves 6 to 8, and without the topping can also be served for breakfast.

Preheat oven to 375 degrees, and grease and flour a 9’ square pan.

Combine the sugar, butter and egg and beat with a mixer until well mixed. Stir in the milk. Sift together the flour, baking powder and salt, add to the batter and stir well. Toss the blueberries with the tablespoon of flour, and with a spatula fold the blueberries into the batter. Spread in the prepared pan.

Mix together the sugar, flour and cinnamon. Work in the butter with a pastry blender or fork. Spread the topping over the batter.

Bake for 45 to 50 minutes. Serve warm with whipped cream or ice cream.

Finally, just a word on what is a cobbler, a term that means two similar, but distinctly different dishes, depending on whether you are in America or in the United Kingdom. In the US, a cobbler is a dessert, usually made with fruit, in a batter that rises up around it as it bakes. In the UK, it is a savory dish, usually containing lamb and vegetables, with a scone topping. Variations on the American cobbler include the Betty, the Buckle, the Slump, the Grunt and the Sonker. Crisps and crumbles are similar deserts, but distinctive as they don’t have the biscuit or cake-like toppings. New England varieties include the Grunt and the Slump which are cooked in a cast iron skillet and the topping added as a form of dumpling over the fruit. The Betty (also known as the Brown Betty) is a bread pudding-like mixture while the Sonker is a deep-dish cobbler native to North Carolina.
Posted by Horace Palmer, III at 5:03 PM

Both recipes above are DE-LIC-IOUS and are quickly scarfed down at our house by baby and parents alike!