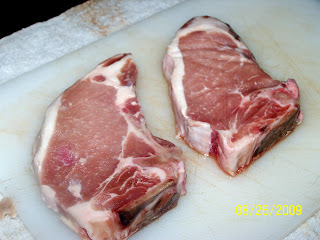 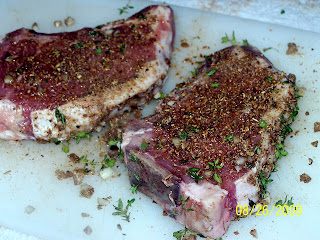 I've been writing a lot recently about the local harvest available at farmers' markets, area farm stands and those markets that sell locally raised produce.  Today I want to turn from fresh vegetables to protein sources, as many area farms are beginning to harvest chickens, beef and pork, with the turkeys still fattening for a fall crop.

I personally purchase all of our meats from people I have met and visited their farms to observe their production practices.  I didn't have that luxury when I first switched from supermarket meats to grass fed meats in 2004 while shopping at the Union Square Greenmarket in Manhattan, while attending culinary school.  However, I did talk with the producers to learn their methods, and I wasn't inundated with the plethora of confusing and contradicting terms that our government agencies, which are heavily lobbied by agri-business interests, use to describe protein products sold in large supermarkets.

What is generally sold in supermarkets is confinement raised animals without access to pasture and fed a variety of corn or soy products including various "animal byproducts" which can include any number of questionable ingredients, like chicken guts and blood, amongst other things.  Their feed is laced with antibiotics, otherwise they would become sick and die on their unnatural diet, and growth hormones to speed their weight gain.  They routinely live in close confinement, covered with and standing in their own excrement, and experience higher than normal mortality rates due to these conditions.  Cattle fed corn for too long develop health problems that will lead to their death, so getting to market before that point is paramount to operating a profitable business.

Thse feeding practices have led to the rise of antibiotic resistant bacteria, which may pose a public health threat in the future.  Also, confinement raised cattle include higher amounts of E. coli in their guts that pasture raised cattle, and this, combined with the manure on their hides, translates into more contaminated beef being released for sale to the public by slaughter facilities that are more concerned with speed of the kill than public health.

Many area farmers practice not only a more humane, but also a more natural production process.  They allow their animals to forage on grass and other vegetation, which they were born to eat.  The cow has four stomachs for a reason, and that is to process otherwise indigestible grasses into food they can live on.  Grass fed meats are usually less marbled with fat then corn-fed meats, however they contain much higher levels of Conjugated Linoleic Acid (CLA) and omega-3 fatty acids, both of which have shown positive effects in areas of heart disease, cancer and the immune system.

Seeking out and finding local pasture raised meats is more challenging that strolling into your local mega-mart to pick up a steak or some chicken for the grill on a pleasant evening, but in my mind, the benefits in terms of taste, the environment and our health are worth the effort.  So I encourage you to visit a farmers' market or a store dealing in local meats and try some home grown goodness.  It's a great time to fill up your freezer for winter.


Dry Marinaded Pork Chops
I usually make up this marinade for pork chops or roasts a day or two before planning on serving.  It is a recipe I've adapted over the years from one originally published in Mastering the Art of French Cooking.  The major change I made, to make it more Italian, was to add either ground toasted fennel seed, or fellen pollen, which is fairly expensive and difficult to find. 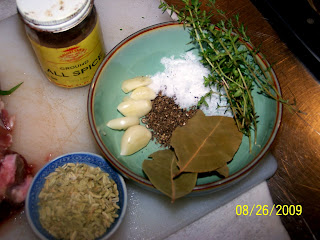 For each pound of pork, make a mixture of the following ingredients:

Combine all the marinade ingredients and rub on the pork.  Cover with plastic wrap and keep refrigerated.  Turn the pork over once or twice, depending on the length of your marinade time.  When ready to cook, scrape the marinade off the pork before proceeding with your recipe. 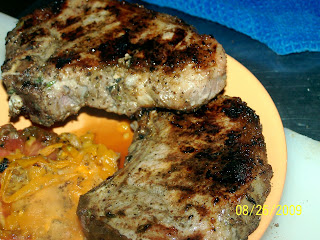 Interesting piece on meats. Do you have any info or recipes on game birds, duck, goose, pheasant, etc.

Why, yes, Matthew...did you see the earlier piece on duck confit and the joys of using duck fat. If you are looking for something specific, let me know as I believe I can accommodate your needs.