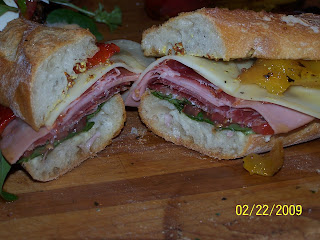 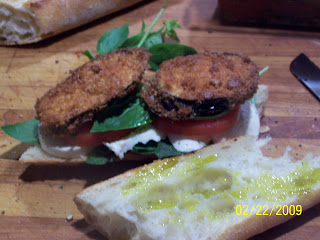 The sandwich is usually considered lunchtime fare. Two slices of bread enclosing some meat and vegetables with some condiments like mayonnaise or mustard and away you go. It’s quick, it’s easy and it provides mid-day sustenance that carries us until the dinner hour, and there is little clean up.

The sandwich, however, is much more than just a quick repast consumed on the fly. It’s name is derived from the 4th Earl of Sandwich who reportedly ordered cold meat between two slices of bread so he could sup without leaving the card table or getting his cards greasy. Despite the origin of its name, the sandwich existed long before the English aristocrat’s birth and far from England. In the middle ages, a slab of stale bread known as a “trencher” upon which food was placed was consumed by the diner as part of the meal, and was an early form of the open faced sandwich. Sandwiches were initially associated with men engaged in gaming or drinking, but in time they became part of polite society’s evening meal. In the US, as bread became a staple of the American diet, the sandwich became a quick, portable meal usually associated with lunch.

Every society has their own sandwiches. When I was in Brooklyn, I used to frequent a Vietnamese shop, which sold bahn mi sandwiches. A crusty baguette was filled with a pork pate, pickled onions, carrots and cucumber with your choice of roast or grilled pork, meatballs or chicken, a lot of cilantro and chili peppers. Absolutely delicious, and well worth the 10 block walk to the store.

In the Italian sections of town, panini were sandwiches filled with cold cuts like salami, prosciutto, sopressata, and cheese and toasted on a double-sided press. This sandwich is similar to the French croque-monsieurc, a form of grilled ham and cheese. Taken a step further, the French dipped the sandwich is batter and deep-fried it to produce the Monte Cristo. In the Latino sections of the city, one finds the “Cuban pressed sandwich,” another form of ham and cheese made on Cuban bread, a form of baguette made with lard. It includes mustard, Swiss cheese and pickles and is toasted.

In New Orleans they make the muffuletta, a unique cheese and Italian cold cut sandwich characterized by the inclusion of olive salad, a mixture of olives, celery, cauliflower and carrots on special round bread made specifically for this sandwich. Philadelphia is famous for it’s “steak and cheese” sandwiches served on a submarine roll, also known as a sub, a grinder, a hero, a hoagie, a po’ boy, and other names.

Ubiquitous sandwiches we encounter everywhere include the “BLT” which has bacon, lettuce and tomato, the “Club” sandwich made with at least 3 pieces of toasted bread with turkey, ham, bacon and other meats with lettuce, tomato, mayo and mustard, the “PB&J” and “Fluffernutter,” both made with peanut butter and jelly or marshmallow fluff. For big eaters there is the “Dagwood,” characterized more by its size than any specific ingredient and the “Manwich” where the size of the meat, usually beef, is larger than the bread surrounding it. Both the hot dog and hamburger are forms of sandwiches, and there are many, many more.

Here's a great sandwich known as "The Bookie Sandwich" that is ideal for a picnic lunch or a day of ice fishing.

Cut the end of the loaf of bread, and scoop out most of the crumb right to the other end. Leave the crust and outer crumb, and set aside.

Preheat your broiler or light a fire in your grill. Season the strip steaks with salt and pepper, and broil or grill until medium rare, about 125 to 130 degrees. Set the steaks aside to rest for no less than 10 minutes, and 15 minutes or more is even better.

When the steaks are rested, slice against the grain into 1/4 to 3/8 inch, or so, slices. The juices should not run out of the meat if it has been rested properly. Place a large piece of aluminum foil or coated freezer paper on your work surface and put your baguette on top. You can salt and pepper the slices of steak before pushing them inside the hollowed out baguette. Fill the baguette with as much steak as it will hold, replace the cut off end, and wrap tightly with the aluminum foil or paper. Place wrapped sandwich under a heavy weight like a cast iron skillet with some canned goods on top for at least an hour and somewhat longer is better. This weighting allows any steak juices to be absorbed into the bread's crumb and crust, developing a flavorsome combination. Slice the baguette into pieces before serving.

According to legend, bookies would purchase a steak sandwich and put it in their back pocket before the horse races. They would sit on the sandwich until the last race, and then consume their repast, hence the name.