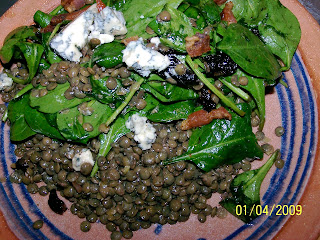 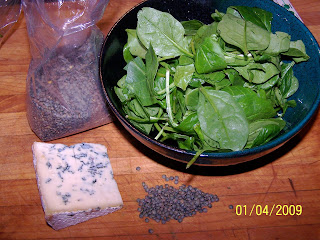 Winter is upon us and local farm products are limited to stored root vegetables, frozen meats, eggs, cheeses and canned or pickled produce from last summer. This is the season when we turn to beans and other dried legumes for some of our dietary needs, and the variety is pretty broad. I made a chili with Bob’s Red Mill 13 Bean Soup Mix the other day, although it included a number of beans unavailable in New England, it was hardy and delicious.

A legume that is less used in New England than the Jacob Cattle Bean, the soldier bean, the pea bean, the yellow-eye or others that we use in Boston Baked Beans, Maine Baked Beans, or whatever you name your baked beans, is the lentil. Lens culinaris originated in the Near East where it grows with other native grasses like barley. It takes its name from the lens-shaped seeds it produces. As an annual, each plant bears pods that include several seeds, which are rich in vegetable protein. As a legume, its fixes nitrogen in the soil, where bacteria that lives in its roots takes nitrogen directly from the air, making it an important plant that enriches the ground on which it grows, and is ideal for crop rotation.

Lentils, grown primarily in India and throughout Asia, although some of the most famous lentils, like Lentilles Verte du Puy come from the alluvial soils in France, come in two sizes; the larger ones, which have had their husks removed, are light colored or yellow, and the small ones which are brown, pink, grey or green. The most common variety in India is the red or salmon colored lentil, which, when cooked, produces a soft, powdery texture that is popular in pureed dishes and soups. The smaller lentils become tender when cooked, retaining their shape, making them useful in main dishes, salads and casseroles, where they are often pared with pork products like sausages and bacon. Lentils are eaten by mourners at Jewish funerals, along with boiled eggs, as their round shape symbolizes the life cycle from birth to death.

Unlike other dried legumes, lentils do not need to be soaked before cooking, and will be tender in 30 minutes or so of simmering. They readily absorb the flavors of ingredients with which they are cooked or dressed, although their mild, earthy flavor when served alone is appreciated by many.

When cooking, it is desirable to rinse them thoroughly until the water runs clear before simmering. Inspect them carefully as foreign matter like small stones or twigs are sometimes packaged with them. Besides being about 26% protein, lentils, also rich is iron, make a complete protein when paired with other grains like rice. They are rich is animo acids, folic acid, vitamin B1 and minerals, besides supplying dietary fiber. Health Magazine has named lentils as one of the 5 healthiest foods on the planet.

yield: Serves 6 as a first course

In a heavy saucepan cover lentils with water by 2 inches and simmer until just tender but not falling apart, about 15 minutes. Drain lentils well in a sieve. Rinse lentils under cold running water to stop cooking and drain well. In a bowl toss lentils with 2 tablespoons vinegar and salt and pepper to taste. (Lentils may be made 2 days ahead and chilled, covered. Bring lentils to room temperature before proceeding.)

In a skillet cook bacon over moderate heat until crisp and with tongs transfer to paper towels to drain. Crumble bacon.

In cleaned saucepan heat 2 tablespoons oil over moderate heat until hot but not smoking and cook shallot, stirring, until golden brown. Stir in water, cherries, sugar, and remaining 5 tablespoons vinegar and simmer, stirring occasionally, until liquid is reduced by about half, about 10 minutes. Reduce heat to low and whisk in remaining 2 tablespoons oil in a slow stream until emulsified. Season vinaigrette with salt and pepper.

Add half of vinaigrette to lentils and toss well. In another bowl toss spinach with half of lentil mixture, half of bacon, half of cheese, remaining vinaigrette, and salt and pepper to taste.
Divide remaining lentil mixture among 6 plates and top with spinach mixture. Sprinkle salads with remaining bacon and cheese.
Posted by Horace Palmer, III at 10:29 PM